I know, I know, I'm so behind in posting this that in just a little over a week, David will be SEVEN months old!!  But, better late than never, right? :)

I feel like the last couple months have been big ones for David...his looks have been changing (he's getting chubbier and yes...MORE HAIR!!), he's gone from nursing exclusively to eating baby cereal (and since his 6 month birthday, we have added some veggies to his diet, which he LOVES!), and he can sit much better now and is so interactive with his toys.  He loves to feel textures still (even with his feet!) and he tries to get the doggies all over his pajamas!  It's hilarious to watch him studying them in deep concentration as he tries to grab them over and over again!  He also is extremely perceptive and attentive, for example when a person is talking, he will just study their face and watch them talk without blinking an eye!  The other night, I was sitting in bed with him on my lap, reading Bible stories to him before bed.  After many minutes of looking at the pictures (and feeling the smooth pages, of course!), it was like all of the sudden, he realized I was behind him, talking!  So he turned all the way around and looked up at me and just watched (with an enraptured face) as I continued reading!  He did that two different times that night!

We're working on saying "dada" and "mama"...sometimes, I feel like he's SO close!  But instead of saying a real word, he just resorts to his usual bubble blowing sounds!  We're also working on scooting, but he's not interested in it yet.  When we lay him on his belly on the ground with a toy in front of him, slightly out of his reach, he'll grunt and reach for it a little at first, but then when he realizes he can't get to it, he surrenders and just face plants and starts trying to eat the carpet :-/

Well, enough about him...here are the pictures I took the day after he turned 6 months old!
(they were taken on his 26 week birthday!) 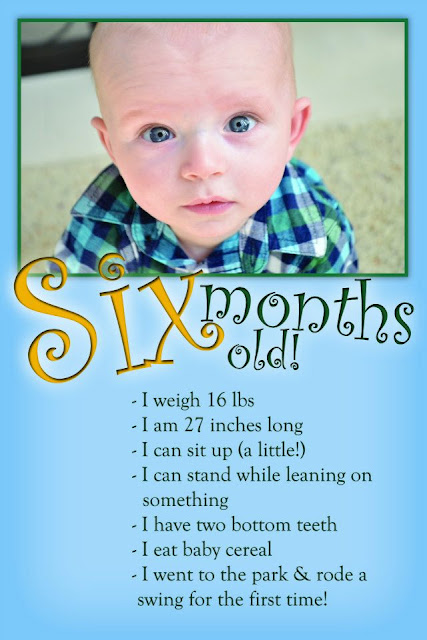 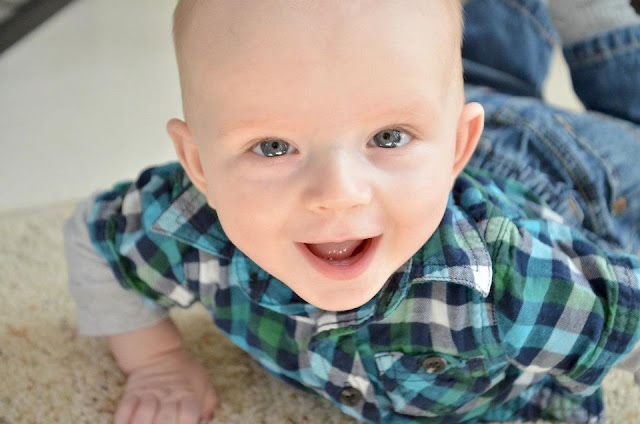 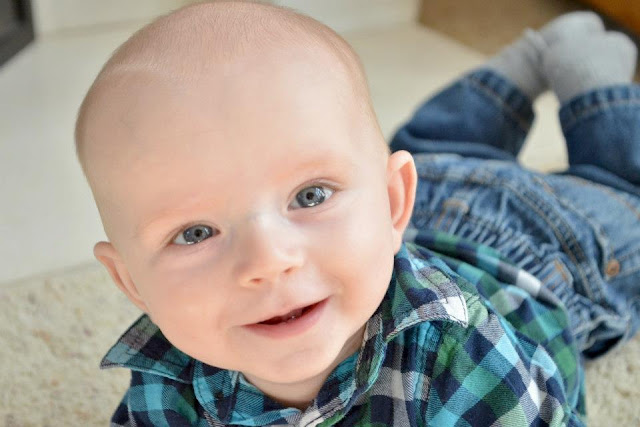 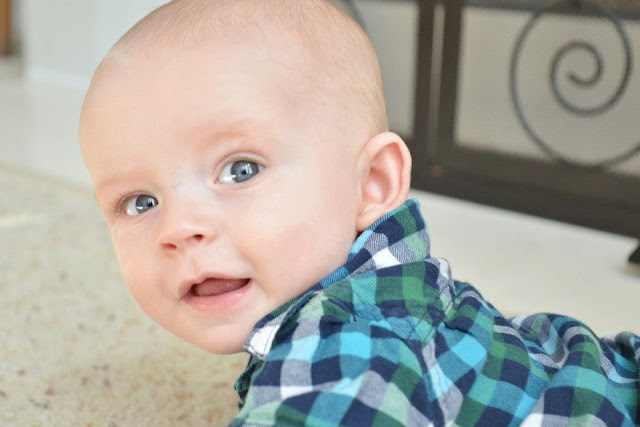 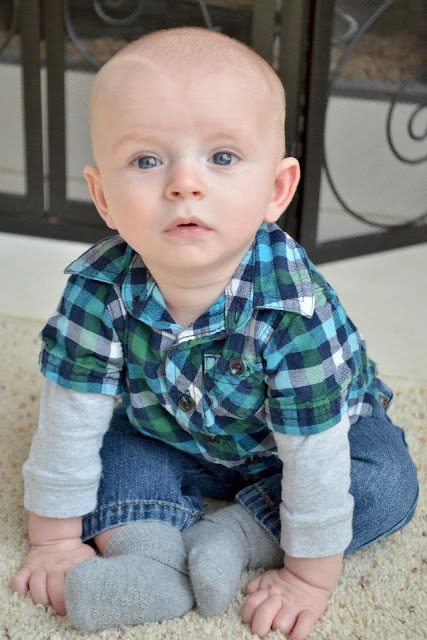 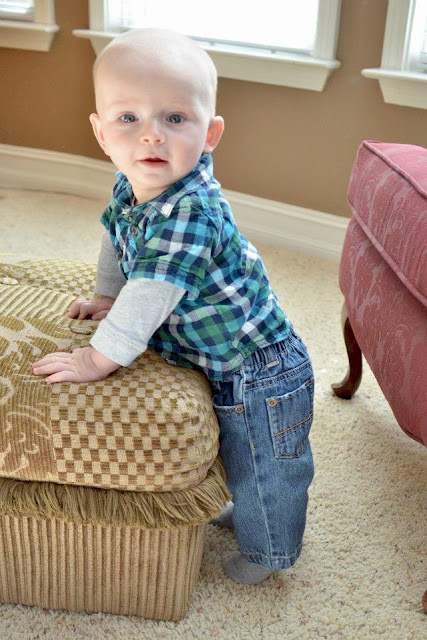 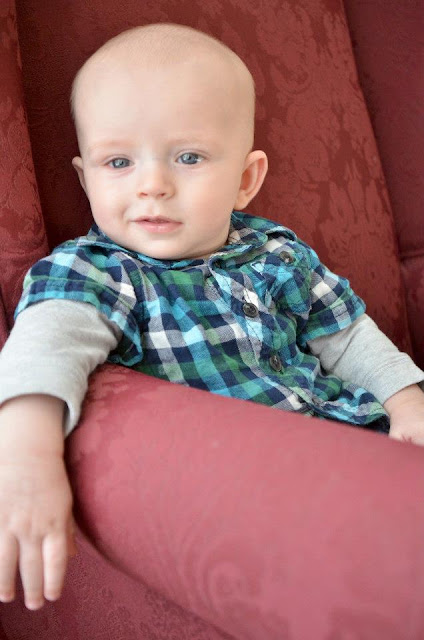 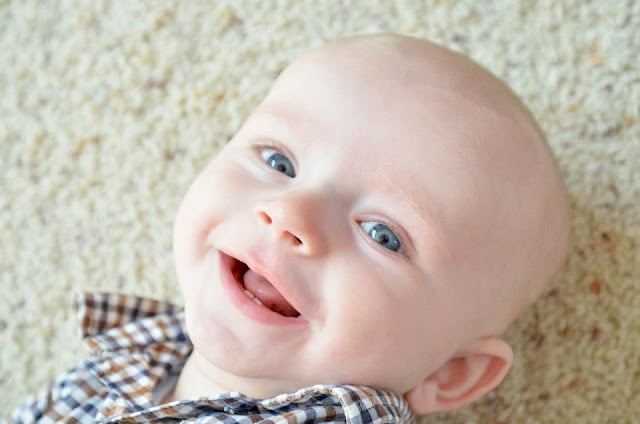 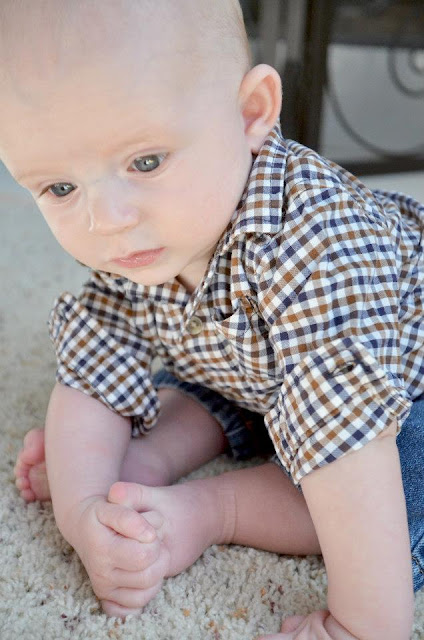 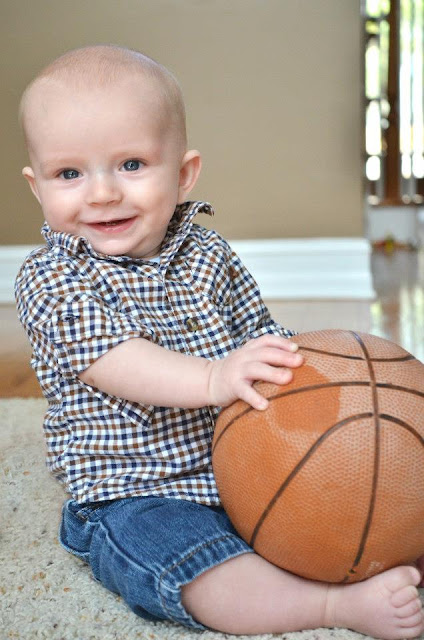 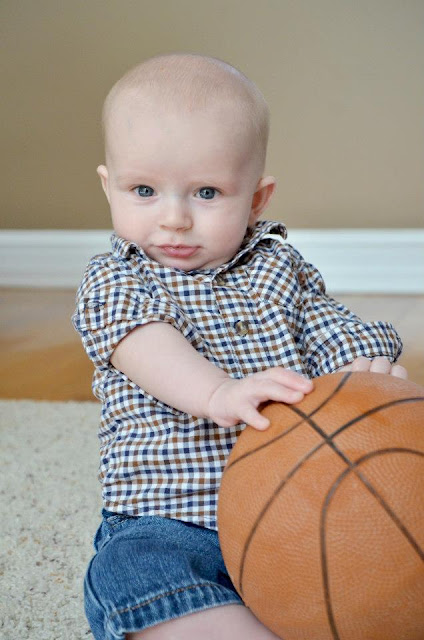 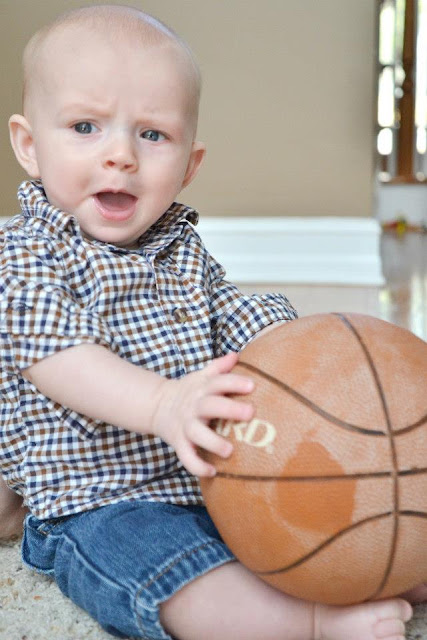 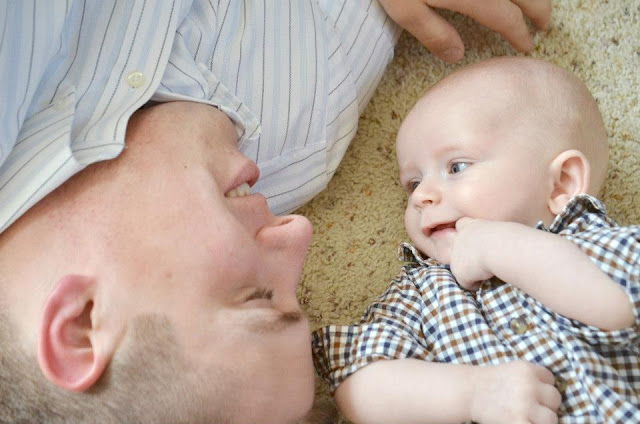 Ok, well not really "madness"...more like "busy-ness" and "craziness" but those don't go as well with "March" so, just leave me alone and let me alliterate, ok?!?  I AM married to Caleb Garraway, the alliteration king, after all!! Haha!

Anyway, I'd like to take you back in time, on a journey with us, as we experienced wonderful things in our lives and ministry in the month of March.  March was an exciting month...not only did it include weeks and weeks of traveling and special meetings (in Kentucky, Tennessee, Georgia, North Carolina, Maryland and West Virginia)....BUT....March is also the month that Caleb and I celebrated our 3-year wedding anniversary (March 20) and on that SAME day, David celebrated his 6-month birthday!!  David hit many milestones this month: he's sitting up better, can stand up while holding onto something (with supervision, of course!).  He also got 2 bottom teeth and he started eating baby cereal!  AND he went to the park and rode on a swing for the first time!  He loved it!  We are so thankful for our little guy and how well he does traveling!  He has met so many people and made so many friends!  What a life, huh?  He is one blessed, loved little boy!  Enjoy these snap shots of our lives in the month of March! 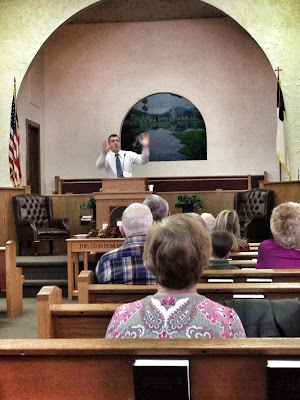 Posted by Garraway Family at 12:48 PM No comments: