11 months old...literally days until my baby turns ONE!  If I dwell on that too much, I'd probably have a meltdown!  It feels like yesterday that David was born...what a whirlwind of a year it has been!

From month 10 to month 11 I believe a corner was turned and David went from baby to toddler.  It was a bittersweet moment when I realized that.  I'm so proud of all he has learned to do and how far he has come, in just the last month!  But...part of me will always miss my little baby boy!

David learned to crawl officially (more than just one step here or there) one week after his 10-month birthday!  And once that happened, he took off and never looked back!  He also started pulling himself up on edges of couches and chairs and coffee tables and a couple weeks later was walking across the sides of the furniture while holding on!  Caleb and I were shocked!  After months of not much mobility, all of the sudden we had a kid who was practically ready for his first marathon! :)  Also, this month, David has gotten much more verbal.  He says "dada" now (it took him a few months to learn the "d" sound...his first official word was "mama" at around 8 months and I'm pretty proud of that fact!).  But once David learned dada, he didn't stop there.  He has been jibber jabbering all month long, experimenting with all sorts of new sounds!  G sounds, S sounds, Z sounds, Th sounds....his babbling really sounds like words sometimes!  And he really does appear to be trying to communicate more now than ever before!  Like, if we ask him a question, he looks at us and "answers".  Or he'll babble something to us and then stop and stare at us, as if he's waiting for us to respond to what he just said!  It's so adorable!  So between the verbal advancements and the mobile advancements, our little guy has changed by leaps and bounds this month!

One of the cute things he's started doing recently is kissing children's pictures in the books we read!  Like in our Bible ABC's book that we read every morning, there are certain children (in pictures on certain pages) that ALWAYS get a kiss (or two or three) from David each day as we read the verse on that page!  I always say something like, "Aw, David, you're so sweet!  Are you giving her/him a kiss?" and he usually gives a big smile and does it again :)

David is eating all kinds of real food now (he much prefers feeding himself real food over mom spooning baby food in his mouth!).  He loves Mac 'n' Cheese, green beans, rice, bananas, cheerios, crackers, goldfish... I haven't totally let him eat just anything we are eating...but on a few special occasions, I've let him have some real food and he's just loving it!  Once he's a year old, we'll start letting him dive into whatever we're eating, and he will probably be thrilled!  He still nurses 4 times a day and both he and I LOVE those times!  I'm not sure I ever want it to end :)  I'm definitely not in a rush to wean him!

He is cutting his first molar ALREADY...we were pretty shocked to find that out!  It's been pretty rough and painful for him, but I'm happy to get it over with earlier rather than later!

Since we've been home and David's been mobile, there have been a lot of "no no"'s and "don't touch!"'s and "David, obey!"'s!!  Entering this new phase of parenting has been interesting, a stretching, learning experience for sure...but very rewarding as we see him respond to our commands and obey!  He seems to have a pretty tender heart, and usually with one "no no" he stops what he was touching or doing wrong and goes to find something else to do.  We always make sure to get really excited and praise his obedience!

Here are a few photos I got of David just in our living room at home.  Since this was the first photo shoot I've done with him since he's gotten mobile, it was busy and slightly stressful!  Especially when I sat him on the sofa...he kept wanting to take a nosedive off the edge :-/  So I had to get his attention, get him to smile, take the photo AND catch him each time he took a leap!  Fun stuff :)  Managed to catch a few decent shots though... 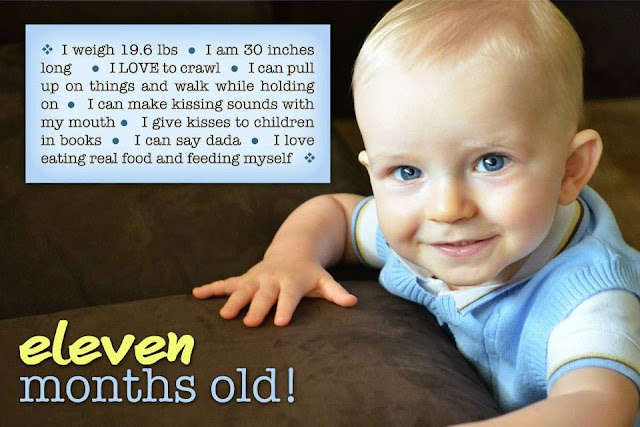 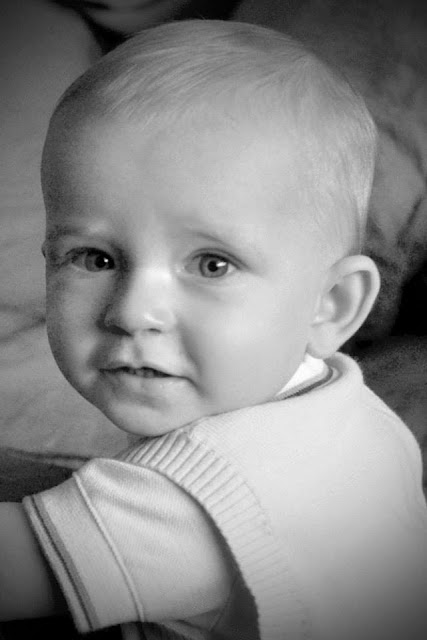 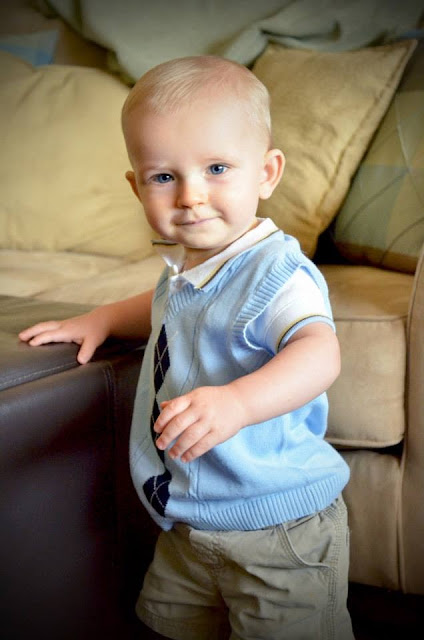 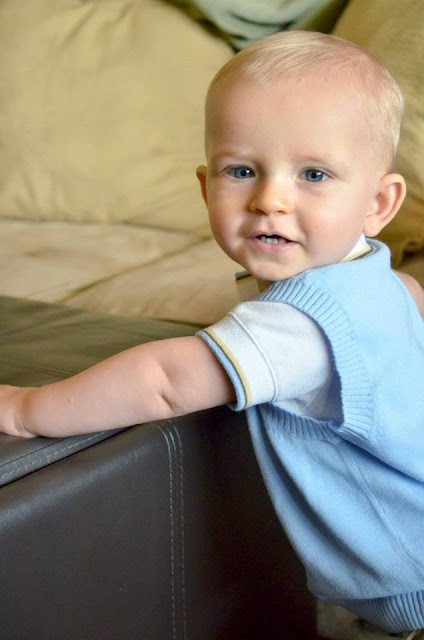 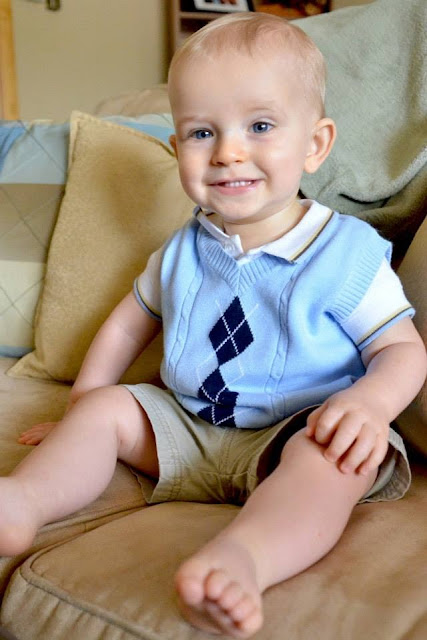 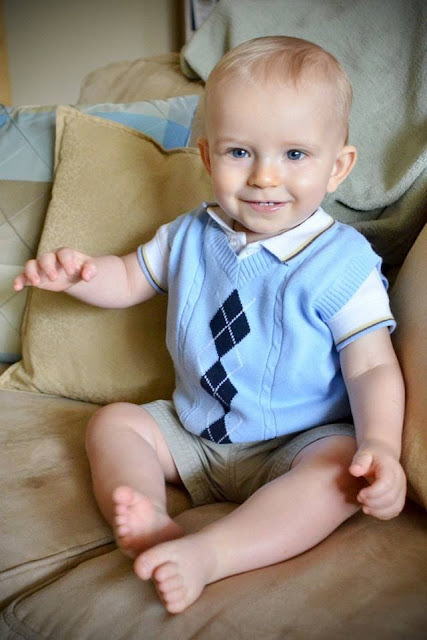 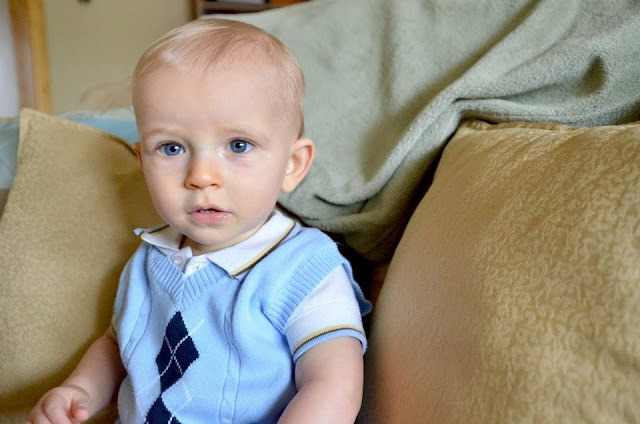 The inception of the United States is an incredible tale of how the hand of God was directly involved in the forming of this nation. Unfortunately, today America has forgotten how it was founded. Our history has been rewritten, and our heritage has been erased from the public square.

The Judeo-Christian principles upon which this nation was built are not a matter of personal opinion, but rather are a matter of public record. As President Woodrow Wilson declared: “America was born a Christian nation. America was born to exemplify that devotion to the elements of righteousness which are derived from the revelations of Holy Scriptures.”

In America: A Journey of Faith & Freedom, you will clearly see that America’s faith is what bore America’s freedom and made it a reality. The two are inseparable! America would have never become the great, free, and independent nation that it is today, if our Founding Fathers did not have faith in the providence, protection, and provision of Almighty God, along with a firm belief in His Word.

With this in mind, join Caleb Garraway on an exciting journey to the mid-1700’s, just prior to the War for Independence, and see how this great nation began and how our Constitution was formed.  Observe how we truly became the United States of America – “one nation under God, indivisible, with   liberty and justice for all.”

July was a super busy month - almost every week was filled with either a VBS or a camp.  One week, near the end of the month, we had a couple meetings but no week-long obligation, and we just happened to be in NYC with my parents (yay!), so, I considered that week kind of like a "vacation" of sorts!  It was so special to get to spend that time with my parents and my brother who came to visit from Illinois.  This month, Caleb turned 27 on July 20th AND on that same day, David turned 10 months old :)  Enjoy the following photos and short posts bringing you up-to-date on our lives! 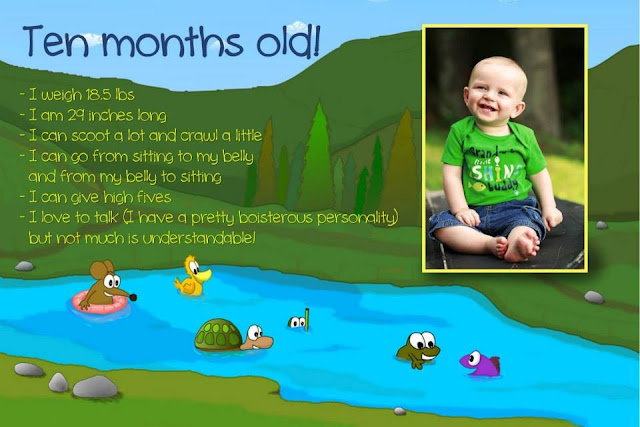 Our little David Matthew is VERY quickly leaving babyhood behind and entering the world of a toddler!  He LOVES eating real food and he is great at feeding himself.  He has discovered mobility, and although he never quite got crawling perfected by his 10-month birthday, he made his first few crawling steps the week of (and has just taken off since then!).  What he did mostly this month was his version of scooting: a push-up (on hands and tippy toes) and then letting his body fall flat to the floor...this would actually move him backwards, and this was how he got around.  He quickly learned how to push himself up on his hands and rotate his body and then proceed with his up/down routine to again resume traveling backwards.  It was so funny to watch!  He babbles all the time (bababa and mamama and many other variations of similar sounds).  He is so good natured, but we are definitely starting to see the sin nature mixed in too!  He is getting more and more hair (YAY!), and although it sure looks it in pictures sometimes, it is NOT red!  It is blonde at the moment...not sure if it'll turn brown like Caleb's did, or if it'll get a reddish or strawberry blonde tint to it as he grows up...or if it'll stay blonde all his life?  We will have to wait and see!  David learned to give high fives while nursing!  I'd stick up my hand and say "Give me a high five!" and at first, of course, he had no clue what I was saying or expecting him to do!  I'd take his hand and slap it against mine, and then ask for a high five again.  After repeating it over and over (and cheering every time I'd slap his hand against mine) he got the idea and would gently place his open palm against mine when I'd ask for a high five after that!  He will sometimes do it to other people now too!

The following pictures my brother Stephen took when we were all in NYC visiting my parents in July. They were taken the day before David turned 10 months old, on July 19th. 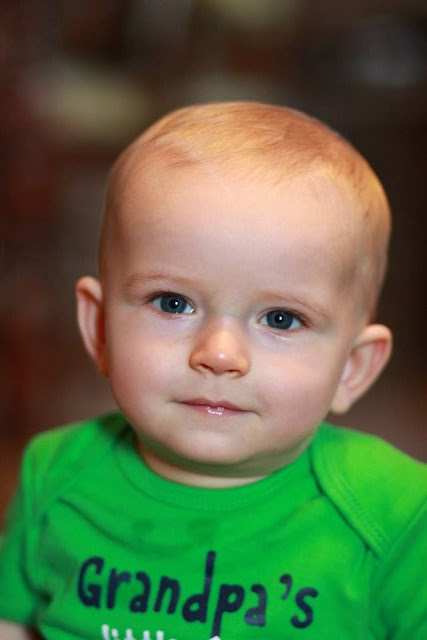 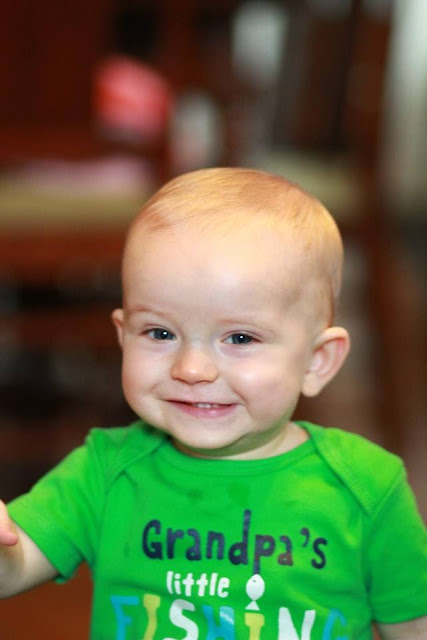 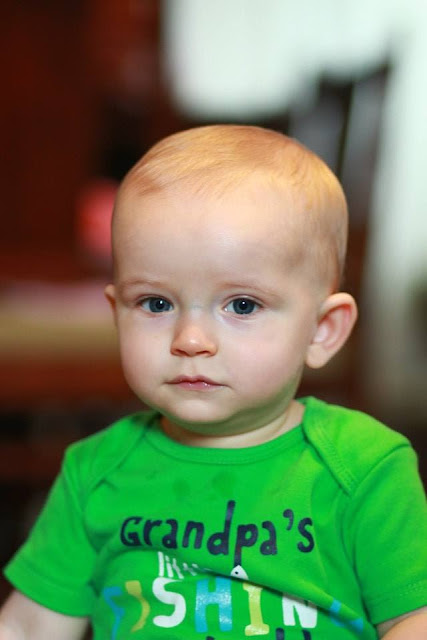 These were taken later that day, at my Aunt's lake house in CT. 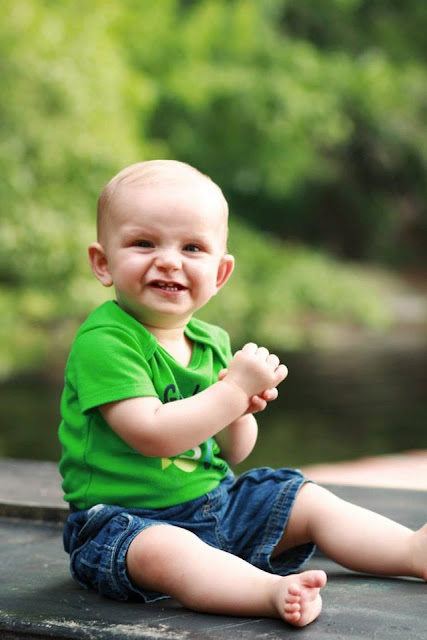 The next three were taken by Pastor Martinez
(my home church's Spanish pastor in NYC - who is also a pro photographer!) 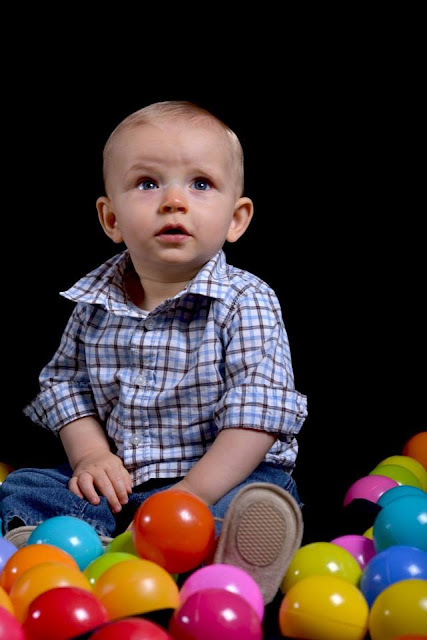 Posted by Garraway Family at 8:42 AM No comments: